The LandyVision app, available now for $299.00 in the App store. ONLY for iPad. 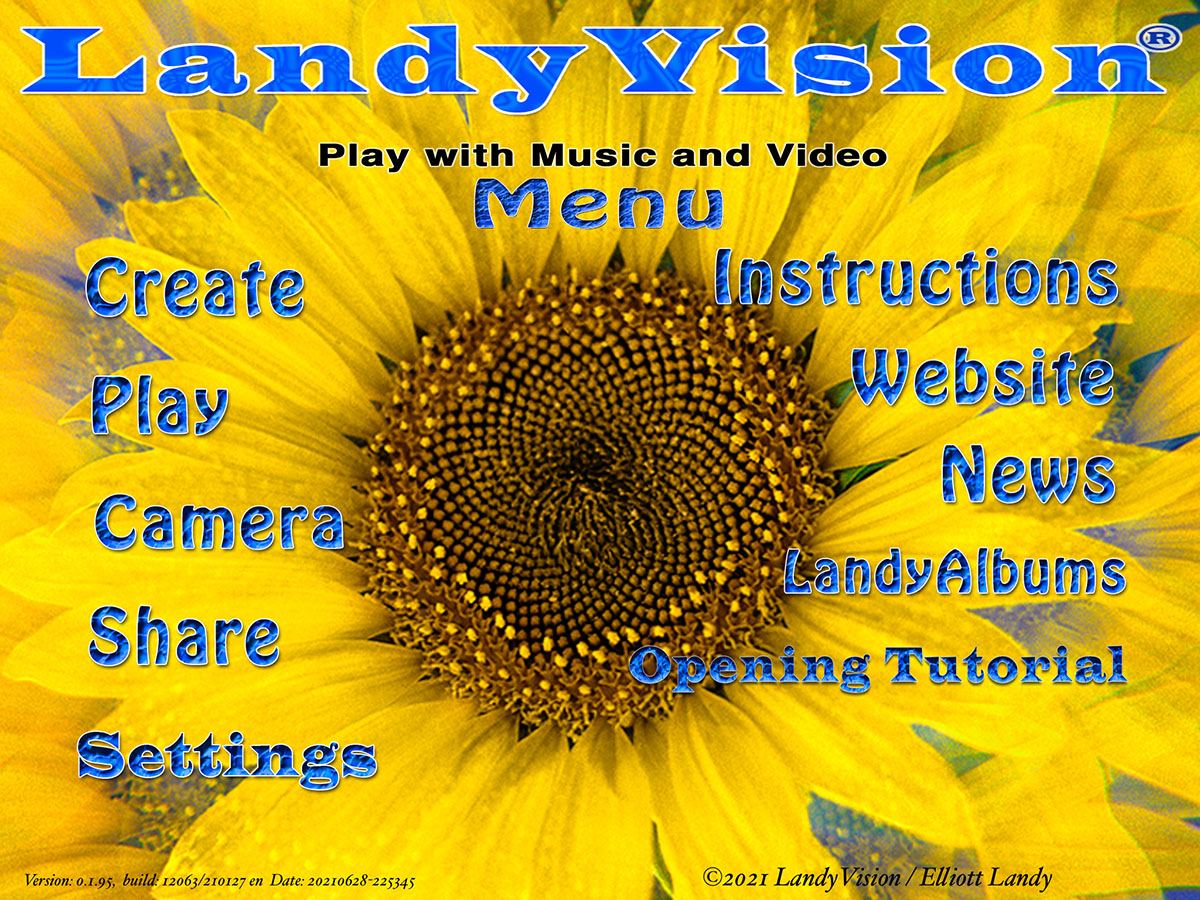 LandyVision is a new way to experience and interact with film and music. It is a video game like music editing system that lets you synchronize your favorite music and video in REAL TIME to create original and unique videos called LandyVues. These videos can then be saved, edited and shared on social media. The LandyVision App, developed by celebrated rock photographer Elliott Landy, can be used both for the highest level of professional editing or played by anyone like a video game for fun. No need to struggle with data as normal editing systems require and it allows you much more choice of music and video than other apps for creating video music snippets.

A LandyVue is the musical video you create with the LandyVision App. It is made by synchronizing any video with any music from your device. This is done in real time by changing the speed of the video to match the cadence of the music. You can let your imagination go wild and make as many versions of your film as you wish, Every version is saved as a new LandyVue. You can switch the music tracks instantly with one tap on the screen and change the playing speed (frames per second / fps) of your video by swiping the screen.

This is the Opening Tutorial now shown in the LandyVision app.
It shows the basic functionality of the App.

Soon, we will have a full tutorial video available. 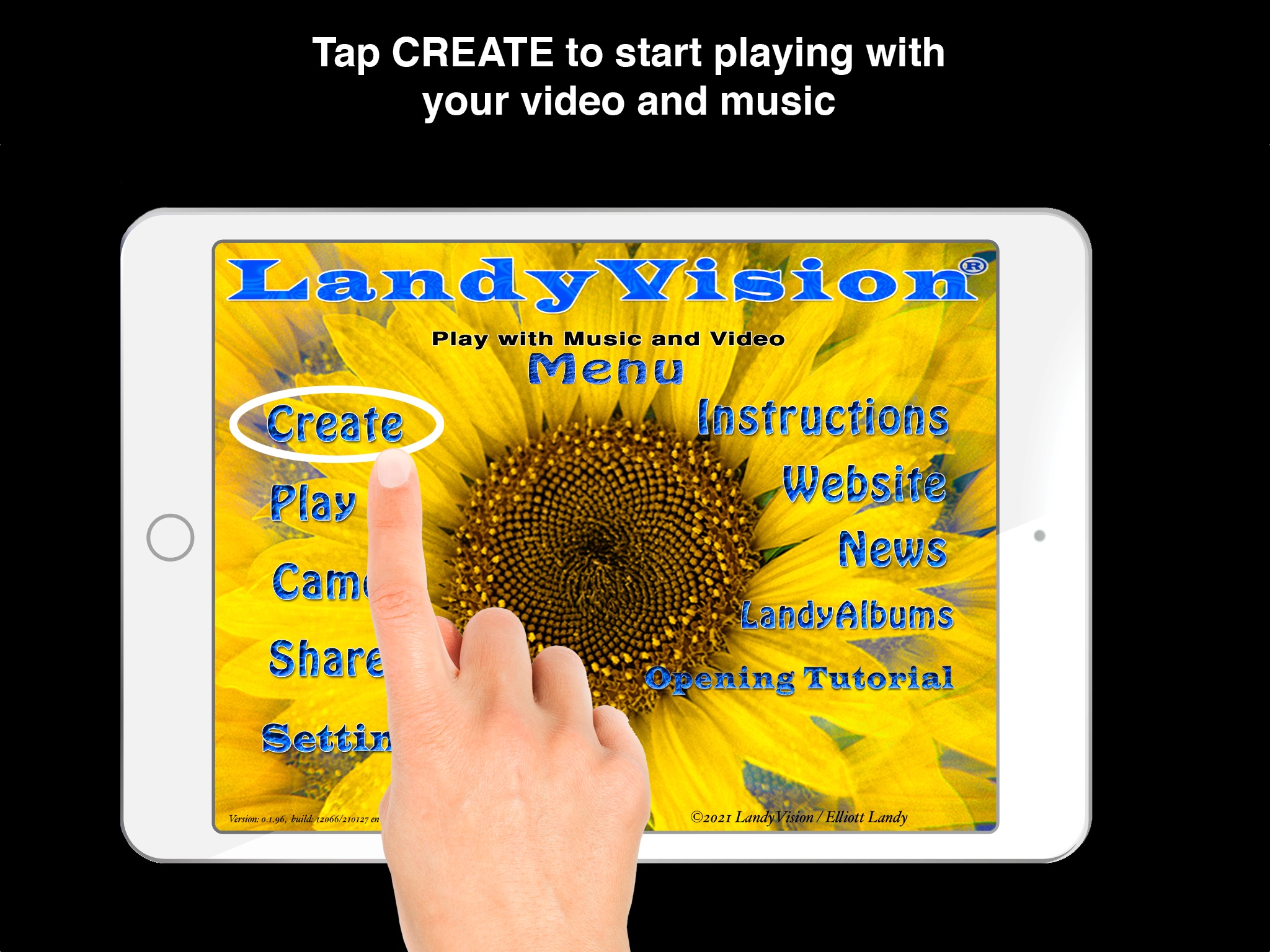 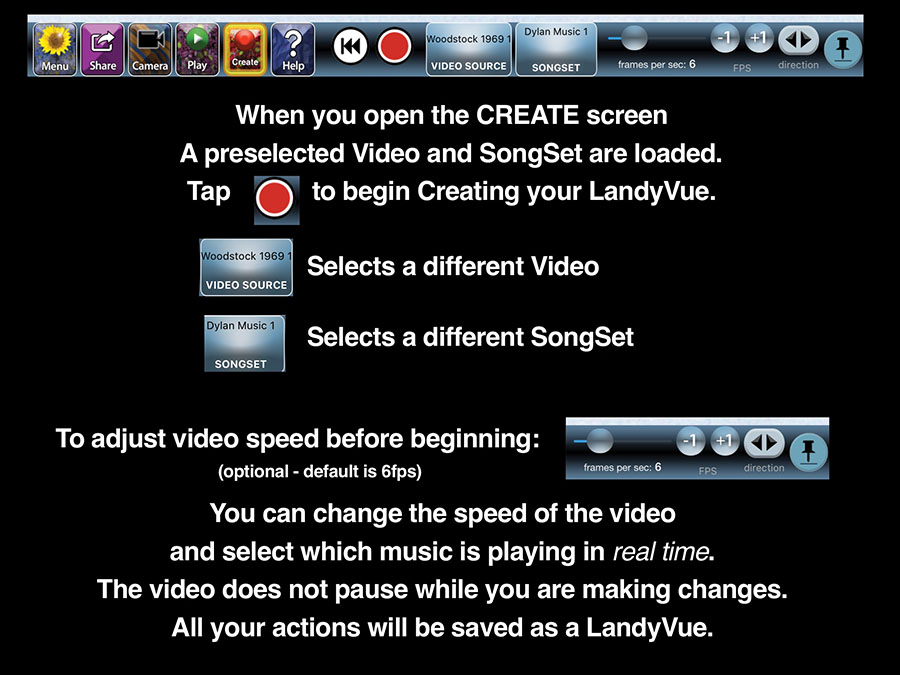 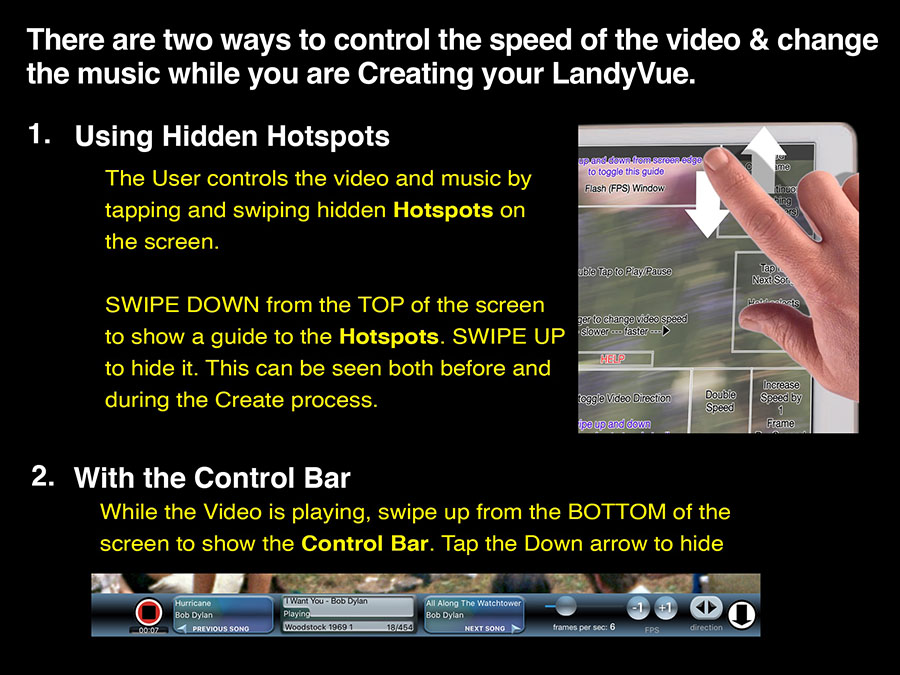 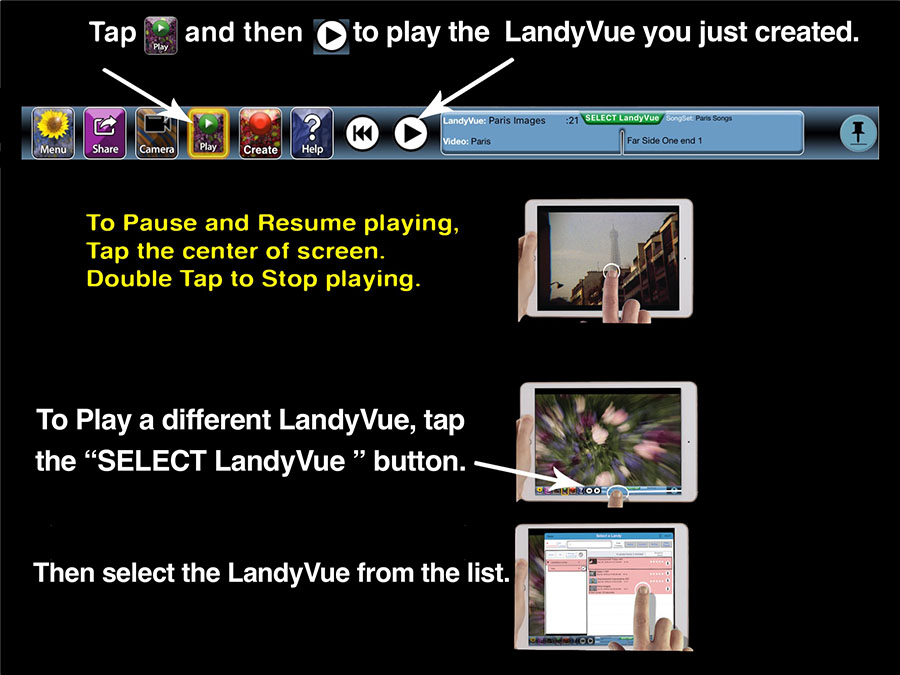 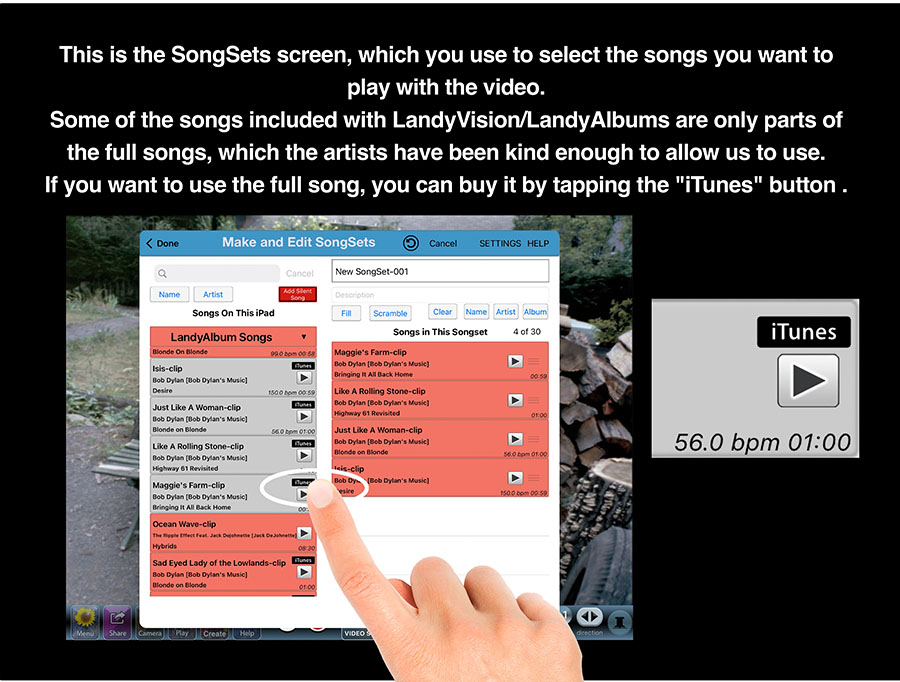 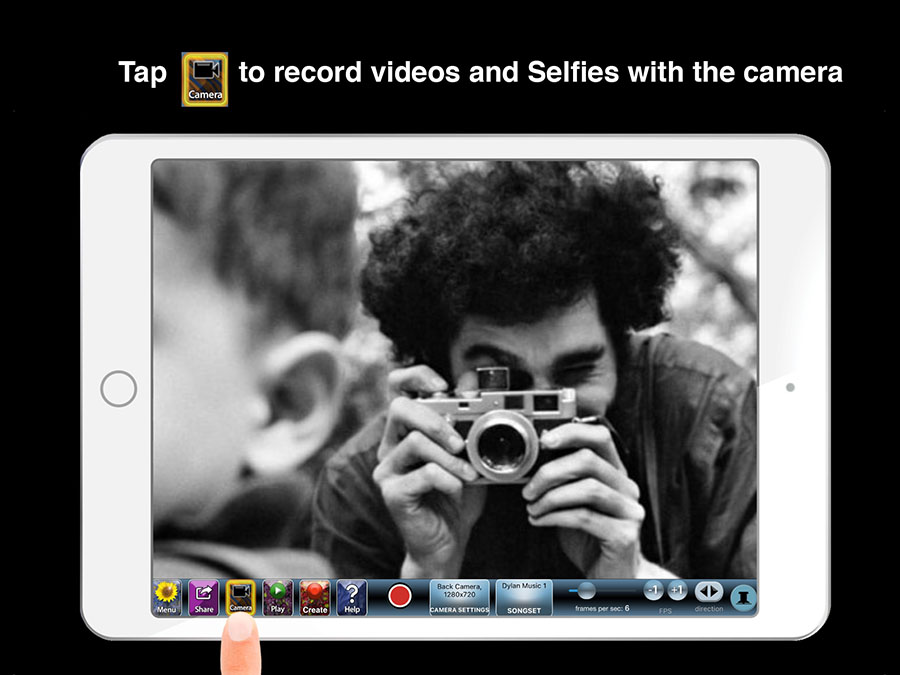 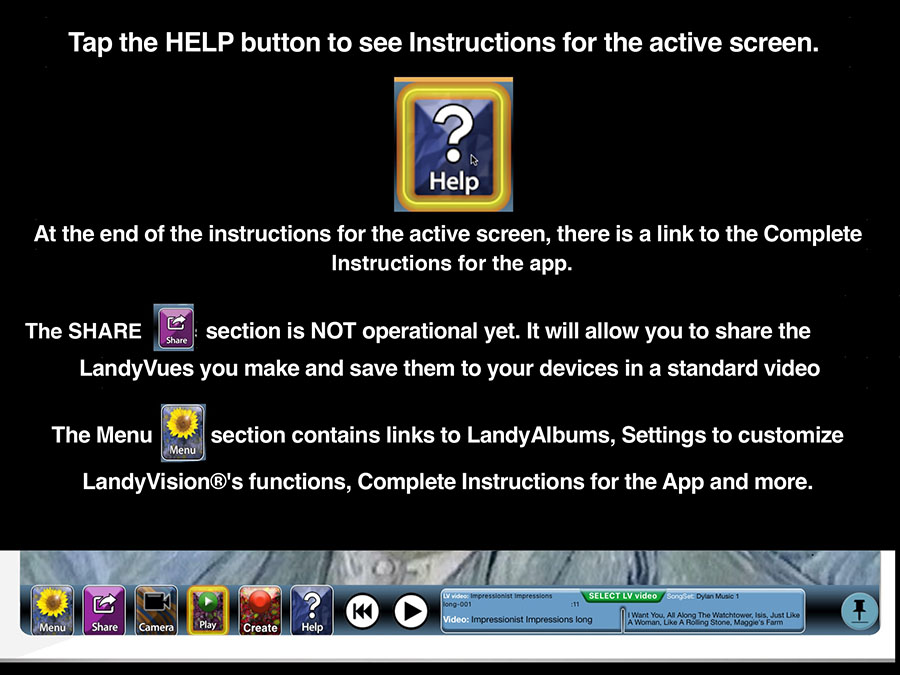